Mr. Right?  Have you found Mr. Right, or are you with Mr. Right now?  The answer to this question is so deep, meaningful, and paramount to your success. 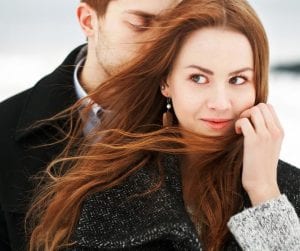 I am not a professional therapist but I do have an incredibly successful and healthy relationship with Mr. Right.  Things were not always this way for me…

Before I met Mr. Right I wasn’t worthy of him. I attracted losers because I had a loser mentality. I never even knew who I was or how awesome my life could be.  I kissed a few mentally and physically abusive frogs before I met my prince.

I thought dysfunction was normal. It wasn’t until I set out on a journey and left everyone and everything I knew that I found myself and learned what a healthy relationship was.

In the past, I never attracted Mr. Right. Even if the guys I attracted wouldn’t have been so bad, the way I was I would have made even Mr. Right, wrong.

A lot of us think we need to rescue someone or be rescued when that couldn’t be further from the truth. The only rescuing that needs to be done is at a shelter. When it comes to relationships, you rescue animals, not people.

If you are in a relationship you want to be part of a power couple to cement your odds at becoming a huge success.  You need Mr. Right, not Mr. Wrong, to be focused.

If you are in the wrong relationship you will not be able to have the support you need to build your empire.  Worse yet, if you do manage to focus and you split up that wrong person can end up with half of all you worked so hard for.

Keep Your Eyes On Your Future

You may already have Mr. Right, right for someone else.  Let him go so you can both live a happier more fulfilled life.  Sometimes two people in and of themselves are not so bad.  But then, they get together with their absolute worst perfect match and they both become horrible.
You know how sometimes a person is complete crap and then they are in a relationship with someone else and they are great?  That’s because the new person helped them be the best version of themselves.
Some men are Mr. Right for you and some are just not.  If you feel you have become the crap it’s time to move on.  You don’t want anyone to make you the worst version of yourself. 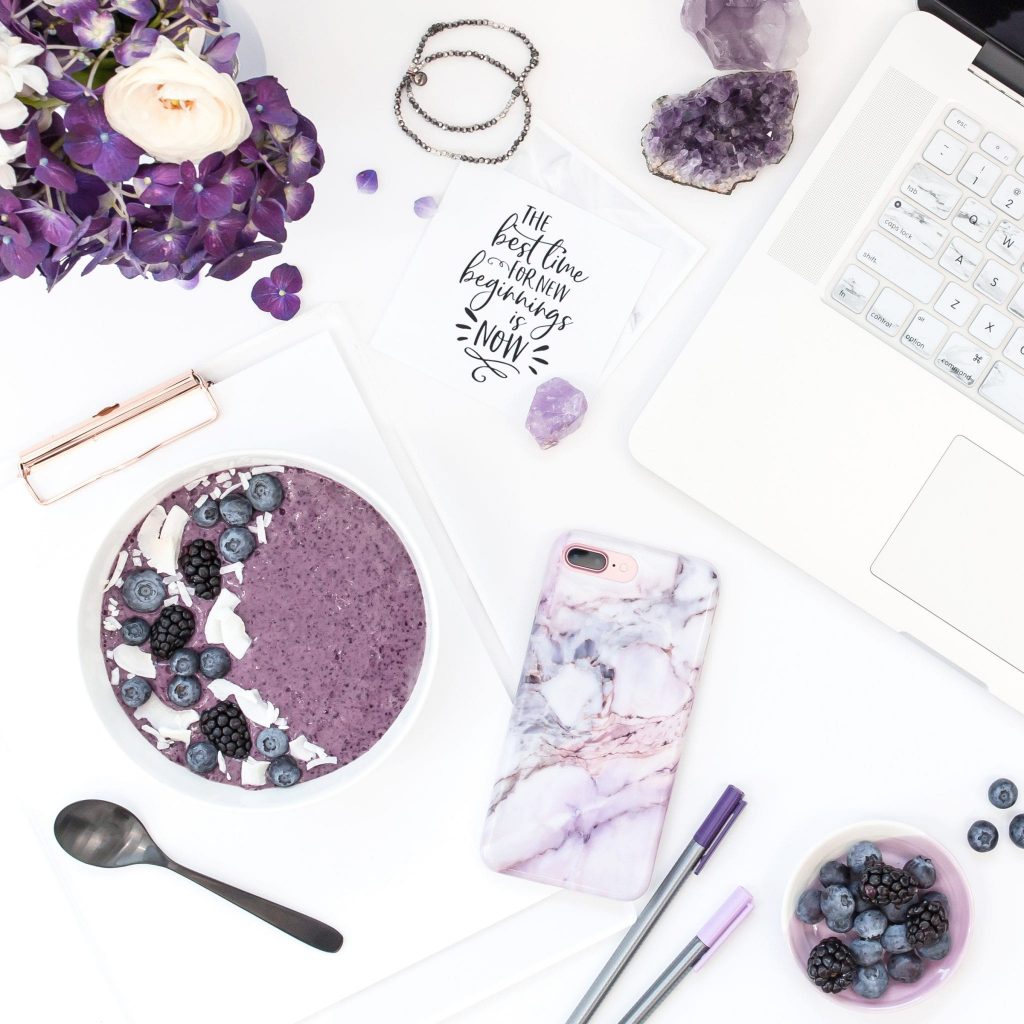 Being single makes a person self-sufficient. When you enter into a relationship you cannot rely too heavily on another person. Rely on yourself. That goes both ways, a person shouldn’t rely on you so much that they make you miserable. You want a loving nurturing relationship, not a suffocating one.

Your Mr. Right is a partner and you can rely on one another, but know that you can go it on your own too.  You are a self-sufficient human being.

A healthy relationship with Mr. Right is where you can be your best self.  When you have to drag another person forward with you, you may as well be wearing lead shoes while you swim. It does not work.

On the flip side, you don’t want to be the lead shoes either. You do not want to drag a person back. Imagine holding hands with someone and you are both running.

You are both running along propelling each other forward faster and faster. Now imagine you are running with someone who doesn’t want to run forward but wants to sit down or even go in the opposite direction.  That’s a difficult relationship.

Don’t waste your youth in a relationship that is going nowhere or even worse, backward.  Who wants to spend their precious time polishing turds?

If you are not married and this describes your relationship, get out of it.

If you are married, then you probably have to stick it out until the kids are grown (if you have them) and go from there. They say the dating pool gets smaller as you get older but I don’t think that it does. Your new relationship may just come with more baggage.

I’m not a fan of baggage, unless it’s actual baggage, in that case, I like it. But emotional baggage? No thank you.

Know What You Want

Make a list of your ideal man, your Mr. Right. Is your current mate Mr. Right? Is he willing to work with you on the relationship?

When speaking with your partner, don’t broach the subject of working on your relationship negatively by just pointing out what he is doing wrong.

Tell him what you need from him. Ask him what he needs from you. I’m sure he isn’t the only problem in the relationship. It takes two to make a thing go right.

I’m so far from perfect and I have been working on myself on a daily basis for as long as I can remember. I do my best and keep looking for ways to improve.

When my husband and I have the occasional issue, it’s often my fault.  Here’s the thing though, I’m willing to understand that, fix it, and move forward.

Can He Be Better?

I know sometimes it’s annoying when someone else seems to be the only one who is wrong in a relationship, but there are always two sides. Tip the scales in your favor and treat your man with love.

Does He Love You?

Some people out there are beyond help. Some are narcissists and there is really no hope for them. A narcissist will never get help because quite simply they don’t believe they need it. If you are in a relationship with this type of person I’m sorry to inform you, they won’t change. 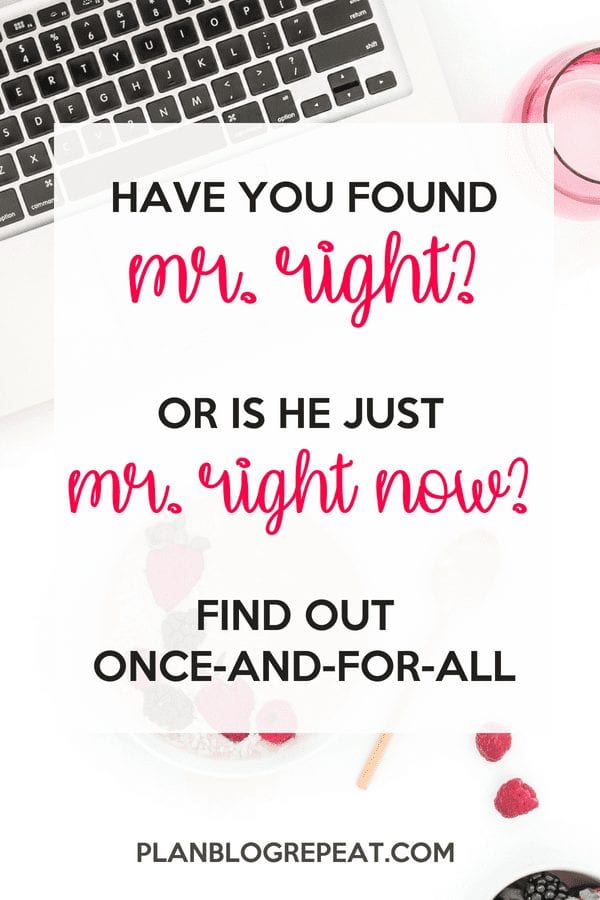 I know it’s difficult to hear, but if your partner consistently treats you bad it’s because he is not in love with you.

I just spoke to someone who told me her husband wasn’t tending to any of her needs because he was too busy playing video games.

I asked her if he would consider stopping or at least not playing them while she was home (she is only home two weeks a month) and she told me he would not stop.

That is so sad because this man loves video games more than his own wife. This young woman is so amazing, she is such a go-getter, and such a nice person who deserves more from her man.

Are You Both In Love?

Giving the best years of your life to a man who can’t even be bothered to spend time with you is not Mr. Right. Don’t waste your youth on someone who does not love you. The signs are there, they always have been, please do not choose to look the other way.

If you settle for less than you deserve it’s because ultimately you don’t know your worth.

When you are in a relationship, you could eventually be starting a family. You have to choose wisely because Mr. Right will one day be the parent of your child. Think about what you want for your children or for your future children.

This Mr. Right that you choose is an example for your children. The relationship you have with this person is going to be the example that your child follows in his or her own life.

Do you want your child to think that having screaming matches is normal? Or to think it’s OK to talk badly about their spouse?  I don’t think that you do…

I know someone who had a very successful business. I’m talking millions, a seemingly endless supply of wealth. This person picked the wrong partner.

Mr. Right was actually Mr. Wrong who demanded to be rescued. Today, the successful person has lost almost everything, lives in squalor, and they are both completely miserable.

You can’t blame one or the other, they are both to blame. A life of poor decisions, living in shambles, and no love. The once-successful business was neglected so badly by focusing on the wrong person.

It’s so sad really. If you lost your business because you were running around being together in blind bliss at least you would have a successful relationship. But the neglect came from infidelity, abuse, and mistrust.

Cemeteries are full of people who did not live out their dreams, people who had unhappy relationships with Mr. Wrong and Not Mr. Right, misplaced youth. Legacies of shame are commonplace in our society.

Success Is A Choice

To be truly successful, you must protect your time, talents, health, and body with everything you’ve got because at the end of the day, it’s all you’ve got. Do you want the wrong person to take those things away?

Mr. Right will show up, but in order to be ready for him, you can’t be settling for Mr. Right now. Are you willing to wait for the man of your dreams?  Have you already found him?  Let me know in the comments, I would love to hear from you.

PS.  Subscribe below and get my free eBooklet 12 Tips to Make a Man Fall Madly in Love With You.  This booklet is some of my best advice, and I want YOU to have your happily ever after!

12 Tips to Make a Man Fall Madly in Love withYou

12 awesome tips to make a man fall madly in love with you! This is some of my best advice for YOU to have your happily ever after.

Success! Now check your email to confirm your subscription and get your free eBooklet.

I love blogging and have been blogging since 2002. I am a business and blog planner.

Blogging is more than just some words on a website, it can be a great way to learn, be entertained, and give exposure to your business.

Plan Blog Repeat is a great resource to nurture your inner blogger, where you can plan and build the blog (and business) of your dreams.

This website uses cookies to improve your experience while you navigate through the website. Out of these, the cookies that are categorized as necessary are stored on your browser as they are essential for the working of basic functionalities of the website. We also use third-party cookies that help us analyze and understand how you use this website. These cookies will be stored in your browser only with your consent. You also have the option to opt-out of these cookies. But opting out of some of these cookies may affect your browsing experience.
Necessary Always Enabled

Any cookies that may not be particularly necessary for the website to function and is used specifically to collect user personal data via analytics, ads, other embedded contents are termed as non-necessary cookies. It is mandatory to procure user consent prior to running these cookies on your website.